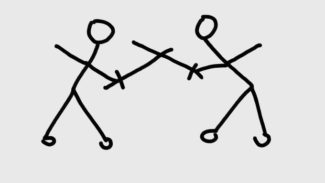 A tremendous amount of business is conducted via purchase orders without signed contracts. Overall, this is good for commerce because business doesn’t have to screech to a halt every time a company needs to buy something, to give the lawyers time to work out the legal terms. But if there’s no signed contract, how do you know when a contract has been formed, and how do you know what the terms of the contract are?

These are million-dollar questions that are very difficult to answer and which are often litigated. In fact, it’s impossible to know the answers until after the fact because they depend on the specific facts and circumstances of each individual transaction.

Typical battle of the forms scenario

In the typical scenario, the purchaser submits a purchase order with unreasonable one-sided standard terms (often called “boilerplate”) printed in small print on the back, and the seller sends an acknowledgement with equally unreasonable vendor-friendly terms printed on the back. Of course, these days this is usually done electronically, and there are numerous variations (e.g., maybe the seller first issues a quotation, then the purchaser issues a purchase order), but the concept is the same–form documents that contain different terms are exchanged between the buyer and the seller and no contract is signed. So with competing terms and no signed contract, what’s the agreement, assuming there is one?

Contract formation requires an offer and an acceptance (plus consideration, but that’s the subject for another day). When someone extends a contract offer to another party, the power to create a contract is placed in the hands of the other party. All the other party has to do is accept the offer. Once that happens, the legal relationship between the two parties changes, because they are now bound legally to do what they’ve agreed to. They’ve formed a contract. If the offer was to sell a kayak for $400, for example, the person offering to sell the kayak can’t renege once the offer is accepted. If the offer is rejected, however, the kayak owner doesn’t have to sell.

The acceptance has to match the offer exactly

Under the common law, the acceptance has to match the offer in every detail. This is known as the mirror image rule. (For a brief description of the role of the common law and the Uniform Commercial Code in contract law, see this post.) If the terms of the acceptance differ from the offer at all, it constitutes a counteroffer. A counteroffer is a rejection of the original offer, plus a new offer, which vests the original offeror with the power to create a contract by accepting the counteroffer. Going back to our kayak example, if the potential buyer agrees to buy the kayak for $400, but only if she can pay in 10 days, this is a counteroffer. The original offer is terminated and a new offer is on the table — $400 on 10-day payment terms. The kayak owner can accept the counteroffer or reject it.

Under the common law, there wouldn’t be a contract because the acceptance doesn’t exactly match the offer. If the buyer sent payment, however, there would be a contract. The seller’s “acceptance” functions as a counteroffer, the terms of which are $400 with payment due before shipment, plus all of the seller’s standard terms and conditions of sale. The buyer’s payment of the purchase price functions as an acceptance by performance. Obviously, this would be a bad deal for the buyer, because both parties sent their standard terms, yet the seller’s terms control, because they were contained in the last document to be sent before the contract was performed. This is known as the last shot rule.

So under the common law we have the mirror image rule, which means that boilerplate terms in a responsive document that differ from the terms of the initial document function as a counteroffer. Plus, we have the last shot rule, which means that the boilerplate document that is sent just before performance governs the contract. Obviously, in this scenario, you want to send the last document. Also, there’s a winner and a loser because one party’s terms might govern the contract in every respect.

Another problem with this scenario that isn’t readily apparent is that the parties can renege until a contract is formed through performance. If the ordering documents are such that the buyer sends the last document and then decides that she wants to get out of the transaction, say because the price of kayaks falls dramatically and she can get a better deal elsewhere, all she has to do is let the seller know that she’s not going to buy the kayak because no contract is formed until the seller actually ships the kayak or accepts the buyer’s offer in every detail.

Now that I’ve weeded out the imposters, and only real contract aficionados are still reading, let’s talk about the Uniform Commercial Code. UCC section 2-207 was designed to solve both the problem of reneging and the unfairness that can result from the last shot rule. As I discussed in The Law of Stuff Isn’t the Same as the Law of Services, article 2 of the Uniform Commercial Code applies to the sale of goods. Section 2-207, which has generously been described as a “murky bit of prose,” governs the battle of the forms situation I describe above in contracts that involve the sale of goods.

Here’s section 2-207, in full, as codified in the Missouri Revised Statutes:

(1) A definite and seasonable expression of acceptance or a written confirmation which is sent within a reasonable time operates as an acceptance even though it states terms additional to or different from those offered or agreed upon, unless acceptance is expressly made conditional on assent to the additional or different terms.

(2) The additional terms are to be construed as proposals for addition to the contract. Between merchants such terms become part of the contract unless:

(a) the offer expressly limits acceptance to the terms of the offer;

(b) they materially alter it; or

(c) notification of objection to them has already been given or is given within a reasonable time after notice of them is received.

It would be impossible to exhaustively break down all of the issues raised in this short section of the UCC, but here is a brief summary of what section 2-207 does.

Section 2-207 overrules the mirror image rule and the last shot rule. If the parties exchange writings demonstrating that they intend to enter into a contract, differences in standard terms won’t prevent the formation of a contract. The second writing, therefore, acts as an acceptance, rather than as a counteroffer, even when it contains additional or different terms. (Note, however, that this result can be overridden if the second writing conditions acceptance on assent to additional or different terms contained in the second writing.) This solves the problem of the unfairness that often results from the last shot rule and it solves the problem of reneging. Unfortunately, it also opens up a huge can of worms, because a contract is formed, but neither document controls in all respects. So how do you know what the terms of the contract are?

Sometimes the writings of the parties don’t form a contract, but the parties act as if there were a contract. What happens then? For example, a buyer sends a purchase order containing its standard terms, and the seller responds with an acceptance containing language that conditions acceptance on the buyer’s assent to the additional or different terms contained the seller’s standard terms and conditions of sale. The “acceptance” is thus a counteroffer, so it doesn’t form a contract. The seller ships the goods, however, and the buyer pays for them. Is there a contract? Yes. Although the writings themselves don’t form a contract, section 2-207(3) provides that a contract is still formed because the conduct of the buyer and seller recognizes the existence of a contract.

The terms of contracts that are formed by conduct

Section 2-207(3) provides that the terms of the contract are the terms on which the parties agree, together with supplementary terms from article 2 of the UCC. Exactly what “supplementary terms incorporated under any other provisions of this chapter” means is yet another interesting issue.

Here’s a link to a battle of the forms chart to help you figure out whether you’ve got a contract and what the terms are. Although it looks complicated, it’s deceivingly simplistic

[Note: I updated this post on January 28, 2018 to address AAD’s and Mike’s comments regarding confusing conditional acceptance and “my terms only.”]

[Note: I’ve heard from several people that the battle of the forms chart at Picjur is no longer available, so on August 18, 2020, I replaced the link with a link to the Wayback Machine archives.]